Similar to the pyramid-like Green Planet Nordic Ltd. where the participants lost NOK 1.3 million, GoodleAdz is characterised by a business model that is not sustainable over time, and the need to recruit others to be paid any profit.

How the company intends to make money is not described on the company's own website. Instead, we learn that the concept is so brilliant that it only can be described verbally:

The exiting details of how the 5-Step Power Plan will work as the different steps are activated for qualified members throughout 2011 and in the beginning of 2012 will not be made public on this webpage. For a full and comprehensive understanding of this very powerful and innovative plan, a personal presentation is required.

However, even a casual look at the on-line material promoting the company tells us that this is a classic Ponzi scheme with a twist. Instead of the participants investing in the system, participants buy so-called “Ad Credits”. Just as in any Ponzi scheme, one must invest/purchase before one can even think of getting paid.

A Ponzi scheme is a pyramid game disguised as a “business”. Unlike a real business, no value is created. Instead the whole point of the scheme is to redistribute the money that the participants pay into the system between the participants, giving an illusion of value being created. This can continue for as long as the system grows and there is a steady influx of fresh money from new recruits. When the owners notice that the growth slows, and payments to existing participants equals the influx of fresh money, they close the shop (usually with reference to technical problems or problems with the authorities) and run away with the remaining funds.

As in any pyramid game, GoodleAdz needs to have a constant flow of new recruits to fund payments to those higher up in the pyramid. To ensure this, no player will be able to cash out profits until he or she has recruited at least two other players. This is stated as follows on the GoodleAdz support page: “Must have a minimum of TWO new customers or other Advertising Consultants recruited under him or her in order to be able to cash out profits.”

A description of how one is supposed to make money through GoodleAdz was on the company's website (now offline). Please see facsimile below.

The 130 % return on investment is “sold in” as guaranteed as long as you spend about 15 minutes to look at other members' webpages:

The “daily percentage” you will recoup on your investment is not fixed. However, there is a lot of hints on the GoodleAdz webpage that 1.2 % per day (or more) is what you can expect. That is 438 % per year, and sensible people understands that such a return of investment belongs in the world of fiction.

GoodleAdz apparently promises to pay members a daily interest on whatever the member has invested in “Ad Credits”, until the member have received a return of investment equal to 130 %. The key question is where the extra 30 % comes from. The daily earning of interest seems to be tied to the obligation to visit 20 websites each day. But the 20 sites one will visit belong to other GoodleAdz members. What is never explained is how members sitting in front of computer screens watching each other's sites is supposed to create value.

If you read the Terms and conditions, you get a more realistic perspective on the potential earnings. It says in plain language that you are not guaranteed any earnings. It is up to the owners to decide how much of what is paid in, they will pay out. And they reserve the right to reduce the daily payments if they believe that such a reduction is necessary “to ensure the survival of the program”.

However, it is possible to make a profit from participating in an illegal pyramid game. But to do so, you must withdraw your profits early, while the game is at an early stage and the owners are eager to inspire confidence. At this stage, the owners need credible “witnesses” who can step forward and tell potential participants that they are making a profit. Unfortunately, since it is a criminal offense to participate in a pyramid game, when the system collapses and the trials begin, any profit you've extracted may be found to be the result of criminal activity and confiscated.

Above is a facsimile of what is supposed to be an AltertPay payment statement. It shows large payouts in April and May 2011 from payment@goodleadz.com. These payments take place at a time when the company is just starting up and it is very unlikely to receive any other incoming money than its own member's investments in “Ad Credits”. The only possible source of the money in this payment statement (unless it is fake) must therefore be investment's deposited by members – not revenue. This indicates that GoodleAdz is run by the same principles as any other Ponzi scam: That an illusion of a legitimate business is created by using funds taken from member's investments to pay out “interest” to members. This type of financial acrobatics is not sustainable and is only possible as long as there is a steady influx of new investors willing to pay up-front.

The main product of the GoodleAdz company seems to be a so-called “Ad Credit”. You buy these for $1 each. What an “Ad Credit” actually is, is not clear, but most likely it is a token that will ensure that your site appears in a “rotator” on one of the company's websites. The company has announced a number of such sites, with names like Goodlez, GoodleSitez, GoodleBidz, GoodleBiz, GoodleNewz, GoodleToolz, GoodleBookz, GoodleQuiz, GoodleGiftz, GoodleShopz, GoodleGamez, GoodleCity, GoodleWorld and GoodleWorld-Travel. Some of these are nothing more than link farms (with both working and dead links). Others are “parked”, “down for maintenance”, or “coming soon”. 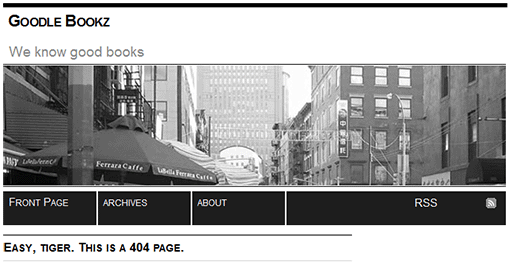 There is nothing indicating that the GoodleAdz company has the necessary skill and knowledge to make these names into real, working websites capable of attracting visitors that are not already GoodleAdz members). Showing ads on this type of website has probably zero value. This means that the chances of GoodleAdz ever earning advertising revenue from non-members are slim.

Discarding all the spin, there remains only one way to make money with GoodleAdz: To recruit new paying participants. Then you get paid in the form of a referral fee. I.e. you get a share of the money the new recruit puts into the pyramid. You must enlist at least two new participants before you can receive any referral fees, and the more people recruit, the more you're paid. And as befits a pyramid, referral fees are paid in several levels (up to three of for so-called “Platinum-members”).

To conclude: GoodleAdz is organized as a typical pyramid game or Ponzi scheme. There is no real value creation, and the whole system is organized around re-distributing the fresh money paid in by newly enlisted participants among the existing participants. When there is no more idiots left to recruit, the flow of fresh money will stop, and the pyramid will crumble. Those who have not gotten away with a profit in hand at that point, will be left to absorb the loss.